All Collections
Pay Later (beta)
What is Pay Later?

What is Pay Later?

With our new Pay Later feature you can add some space between buying what you need and having to pay for it. Buy now, Pay Later.

Written by Niccolo
Updated over a week ago

Pay Later is the name given to wamo’s new ‘Buy Now Pay Later’ feature. It offers you the option to delay payment on eligible card purchases for one month and then to repay in two instalments over the following two consecutive months.

Using Pay Later for your business would look like this:

What is the Pay Later fee?

The Pay Later fee is the amount of money we charge to use the Pay Later feature. It is a one-time fee and is charged as soon as your Pay Later request has been confirmed. The fee table is below, there are no other charges. 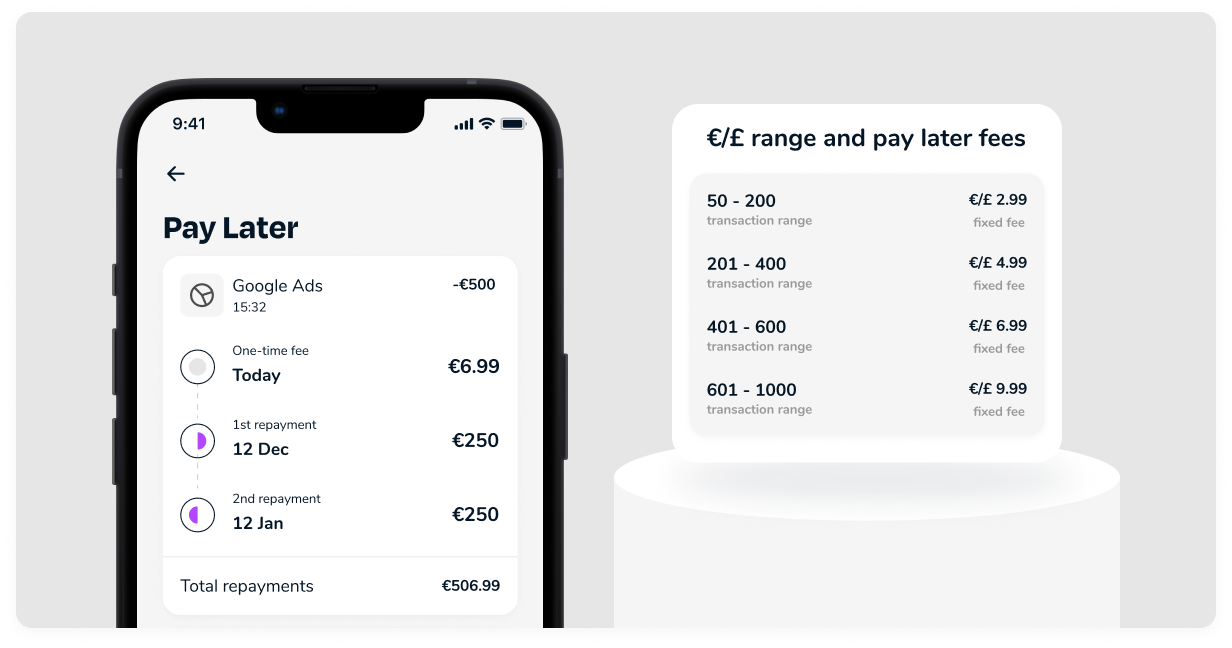 When do I have to pay the Pay Later fee?

We collect the Pay Later fee from your account as soon as your card payment has cleared with the recipient (when it is in their account and not pending), this can be almost instant but can also take 1-2 business days.

Can I repay in more than 2 instalments?

For the moment and for the duration of this beta phase we are only offering repayment in 2 instalments over two consecutive months. This may change, we’ll keep you updated!

If you have any other questions about using the Pay Later feature, let us know through our support chat which you can find in your account, in-app or on the web, or via email at support@wamo.io.

Did this answer your question?